We are pleased to announce the long overdue FREE version of our game Water-Drop. It contains the first 7 of 26 levels found in the full game.
Android: https://play.google.com/store/apps/details?id=com.pocketbuggames.waterdropfree
Apple: https://itunes.apple.com/us/app/water-drop-free/id1118664099

If you like the trial of the game, let us know. If you want to play more Water-Drop, the full version can be downloaded here:
Android: https://play.google.com/store/apps/details?id=com.pocketbuggames.waterdrop
Apple: https://itunes.apple.com/us/app/water-drop/id886086557

Happy gaming, and stay tuned for more news on games this summer.
Outbreak Update
Outbreak was updated on Android to fix bugs causing crashing after opening. Please Update and Enjoy.

With our Stencyl license now back and activated, we can continue to pursue making awesome games here at Pocket Bug. Stay tuned in the coming weeks and months to see what we have in store planned to announce!
﻿Bolletji 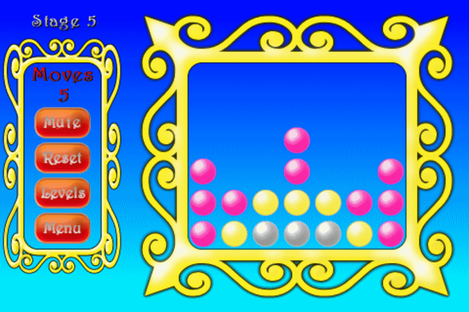 Bolletji will be a challenging puzzle game planned for release in early May. A mobile version of the game will come shortly afterwards the initial flash game has been published. The game will feature more than 200 levels and the mobile version will be Free!
Stencyl Jam and More
After a long relapse in Pocket Bug's Game development, we are pleased to announce that a new game will be released in the beginning of May. Just in time for the Stencyl Jam. What might it be? You'll just have to wait and see ...
Breaking News: If either the Water Drop Facebook Page or the New Twitter Feed:

Receives 100 likes/followers. We will release a Free Version of Water Drop with the first 7 levels included! Yaaa.

Water Drop is Now Available on the App Store: 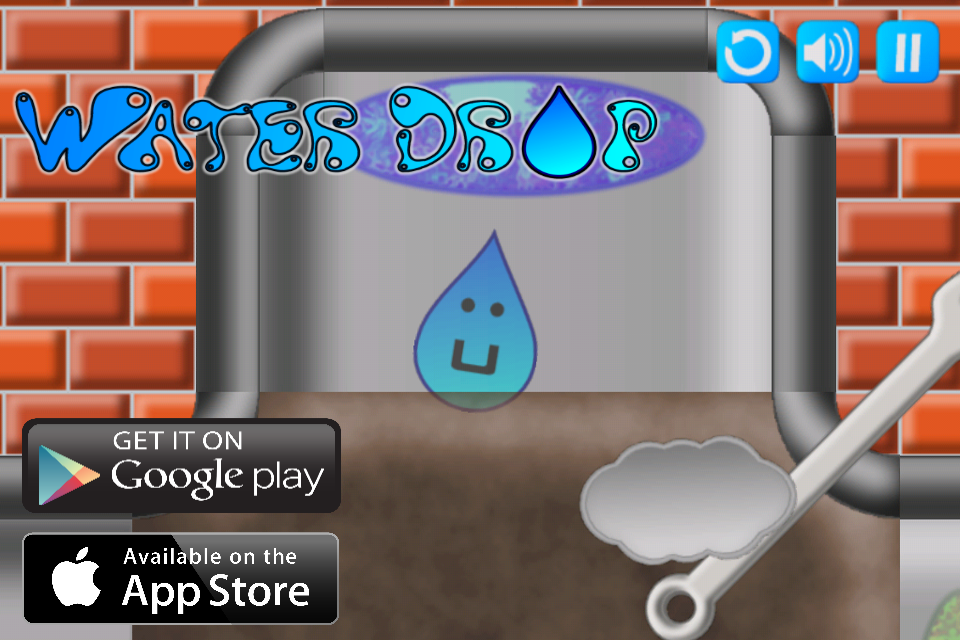 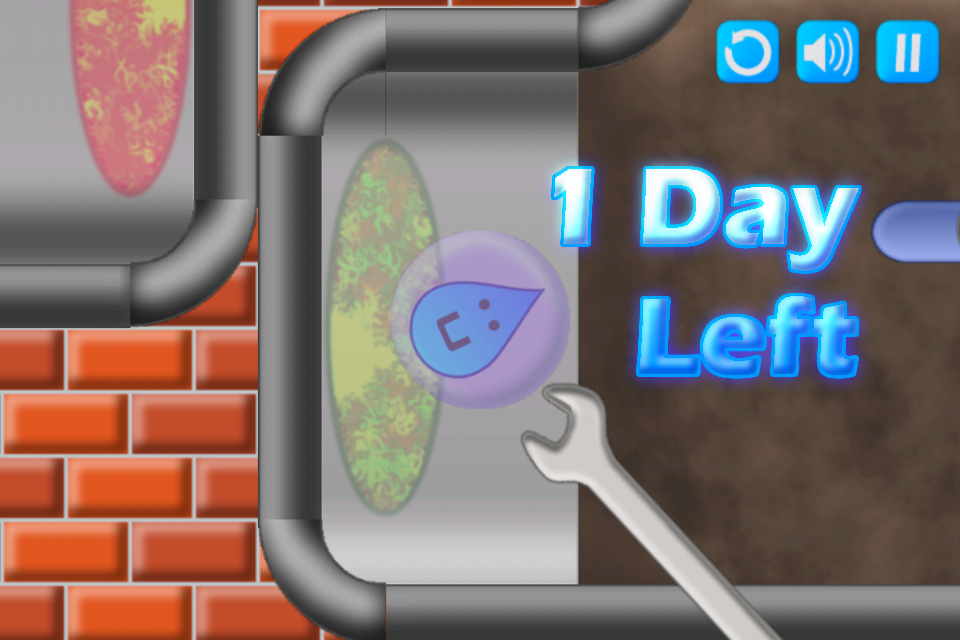 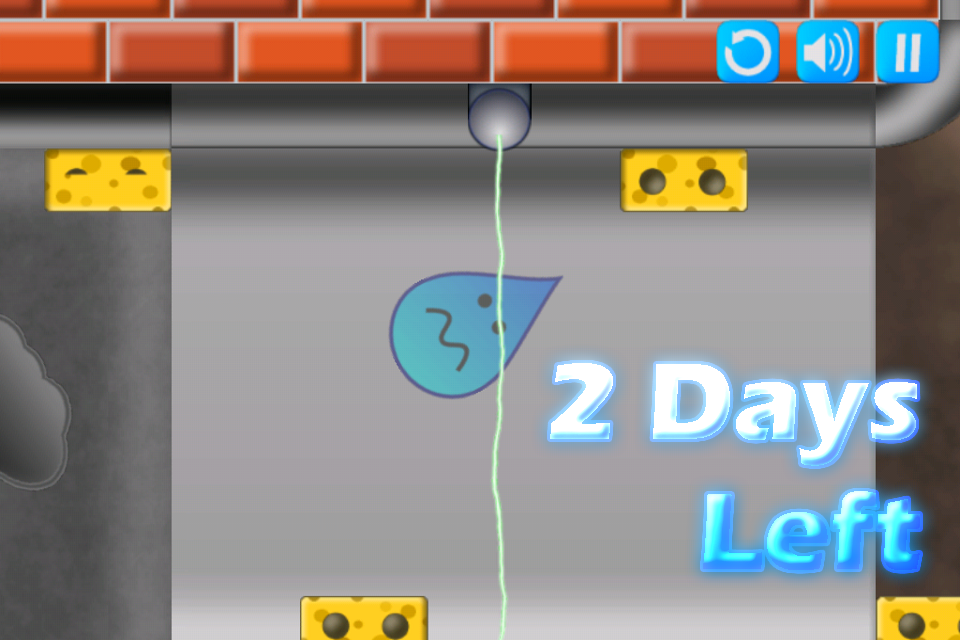 Game Loop
Have a listen to one of the Music Tracks from Water Drop. The game contains 3 songs, and the player can select which one they would like to listen to. 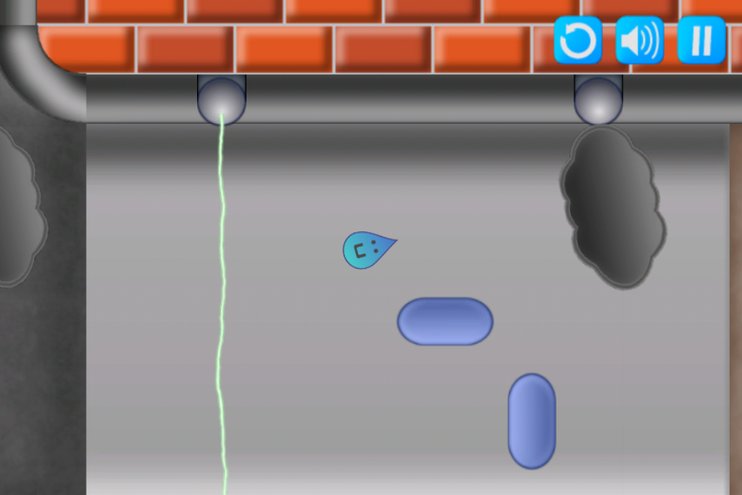 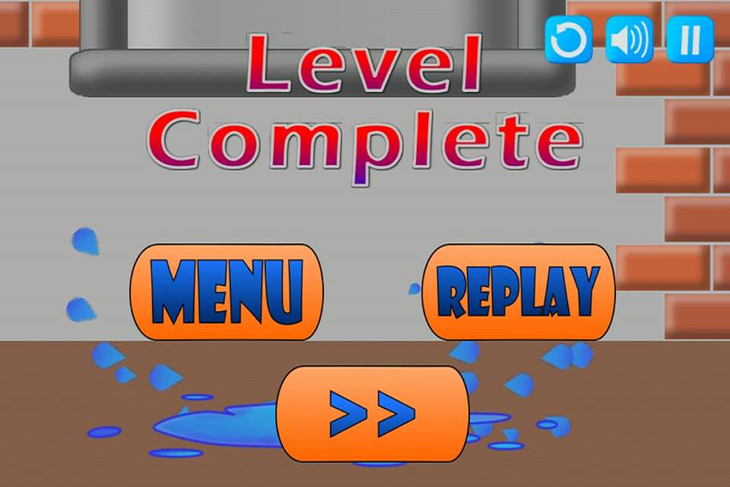 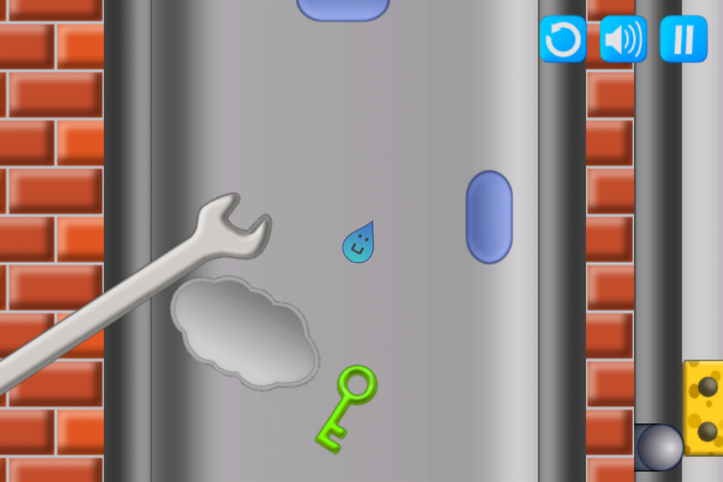 Release Date!!
We are pleased to announce that Water Drop will be available for Mobile Download on October 27.
Twitter
Pocket Bug Games now has a new page over on Twitter. Check it out!
Twitter
New Screenshots
Check out some new screenshots of Water Drop. You can find them plus more information coming soon on the:
In Development Page. 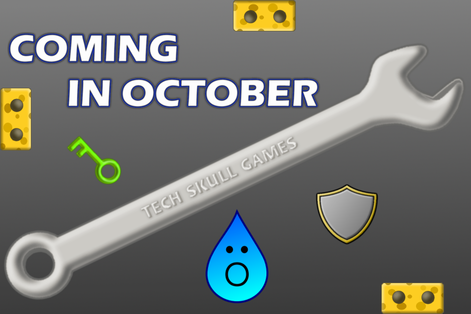 Our latest game: Water Drop is well into development. It is a puzzle game set within a pipe. Using the motion of your device, help guide Blue through the pipe avoiding obstacles along the way. It will be available on Android and iOS. The planned release date is sometime in October. 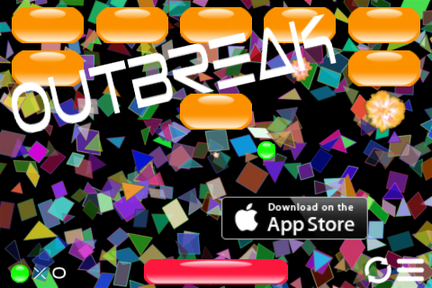 Outbreak is now Available on iOS:


If you like the game, consider rating it.
﻿﻿﻿Breaking News on Outbreak
The iOS version of Outbreak will be released tomorrow for Apple users. Look for it in the App Store.﻿﻿﻿
﻿But wait there's more!
Anyone who is skillful enough to complete Level 10 of Breakout will find themselves a surprise at the end of the level. ;D﻿ 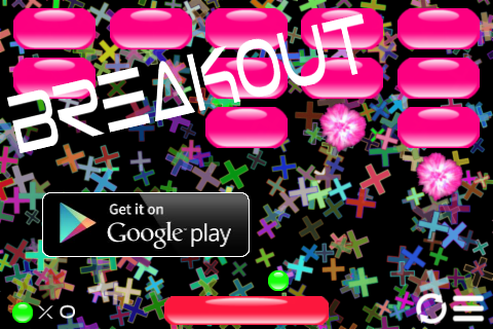 If you like the game, consider rating it.
.
Name Change and Release
Unfortunately due to Apple's doltish review system, Breakout will be renamed to Outbreak when it becomes available on iOS. For anyone anticipating the Android release of Breakout; it will be available first thing tomorrow morning. Android users will have access to the originally intended name of the game: Breakout. 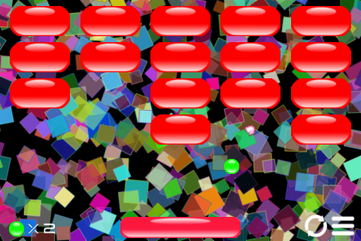 Breakout Release Date
We are pleased to announce that Breakout will be released for Android on June 18. The iOS release date of the game is still pending, and a message will go out as soon as it becomes available. 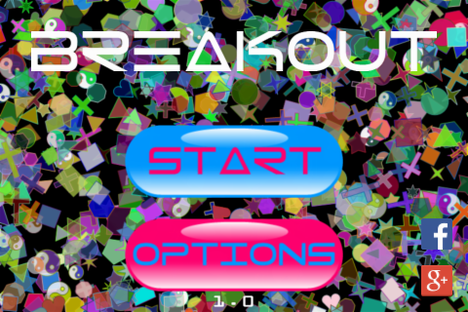 Break'n Out the Games!
Pocket Bug Games is pleased to announce that our next game well under way. Breakout is a modern day version of the classic 1976 Breakout Arcade Machine. With crisp graphics and music; Breakout is sure to provide fun, challenging gameplay. 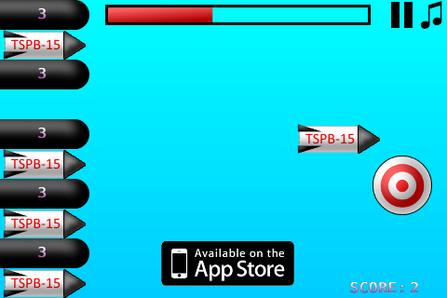 Arrow Mania is now available on Apple iPod, iPad, and iPhone. With additional features such as a public leaderboard. Download it now and start playing. If you enjoy it, give it a rating too.
Latest News
While the Apple iOS release of Arrow Mania waits in limbo, a new version of the Android version has been released. Update to Version 1.4.4 to get the latest bug fixes:

- Fixed: Delayed sound playback on some Android devices.
- Fixed: Stuttery sound playback and lowered performance on low-end Android devices.
- Improved Ad Loading Time.
- Reduced file size by more than 10 MB.
Unfortunately due to Apple's lengthy review process for applications, the iOS release date of Arrow Mania will be postponed until further notice. It will be released as soon as Apple has approved it.
Finally Released
Arrow Mania has been released on Google Play. Download it now, rate our game, and enjoy playing. 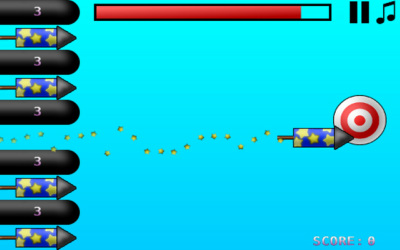 Arrow Mania will be available tomorrow in the Google Play Store! 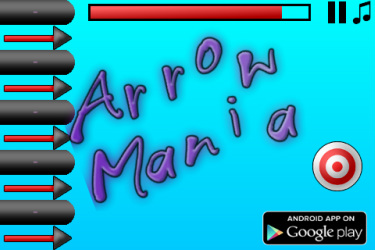 Arrow Mania Release Dates
After long days of programming, we are pleased to announce the release dates for Arrow Mania.
Android - Friday, April 25
iOS - Stay Tuned for More Details
Building for Mobile!
After the long awaited Stencyl 3.0 has recently been released, we are pleased to announce that Pocket Bug is once again in business! We will be rebuilding our first game 'Arrow Mania' for mobile devices, and it will be released before the end of the month. Stay tuned for more details.
Please Note
Due to recent technical issues, Water Drop will not be released on November 30. The release date has been postponed until further notice. Sorry for any inconvenience.
Water Drop Screen Shots
With just 22 days left until the release of Water Drop, I have now uploaded some in game screen shots on the Development page. Head on over to check them out.

ANNOUNCEMENT
Water Drop; Pocket Bug's latest game has been in production for 3 weeks now. The official release date of the game has been scheduled for November 30. Stay tuned for more news on this amazing new game.